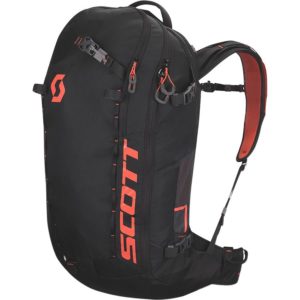 Reasons NOT to buy:

The Scott Patrol E1 40L Airbag Backpack Kit is a more voluminous than average fan airbag system pack. While the backpack itself has some nice features, the real appeal of this pack is the Alpride E1 fan airbag system, which is also available from other brands such as Osprey and Black Diamond. The pack itself has some significant flaws, but for certain users looking for a specific set of features, this could be a good fit.