We’ve read the reviews across the web for the MSR WindBurner Stove System and summarize the results below: 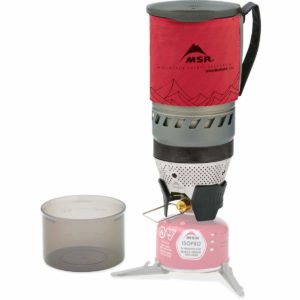 Reasons NOT to buy:

The MSR WindBurner Stove System boils water extremely fast. Although getting the stove lit in the wind can be tricky, once burning, it is nearly impervious to wind. It is a bit heavier and doesn’t simmer very well, but when it comes to boiling water fast in the wind, it can’t be beat.